For those completing the worksheet, here is October's image, question, and answer. 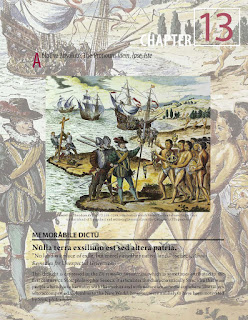 Think your students know the answer to the November question on the worksheet? Tweet @BCPublishers the answer by November 25th for a chance to win five of our new buttons. We'll announce our answers, as well as the winner, at the beginning of December. Submit an answer for your class, or better yet, encourage students to participate individually.
Posted by Unknown at 2:06 PM